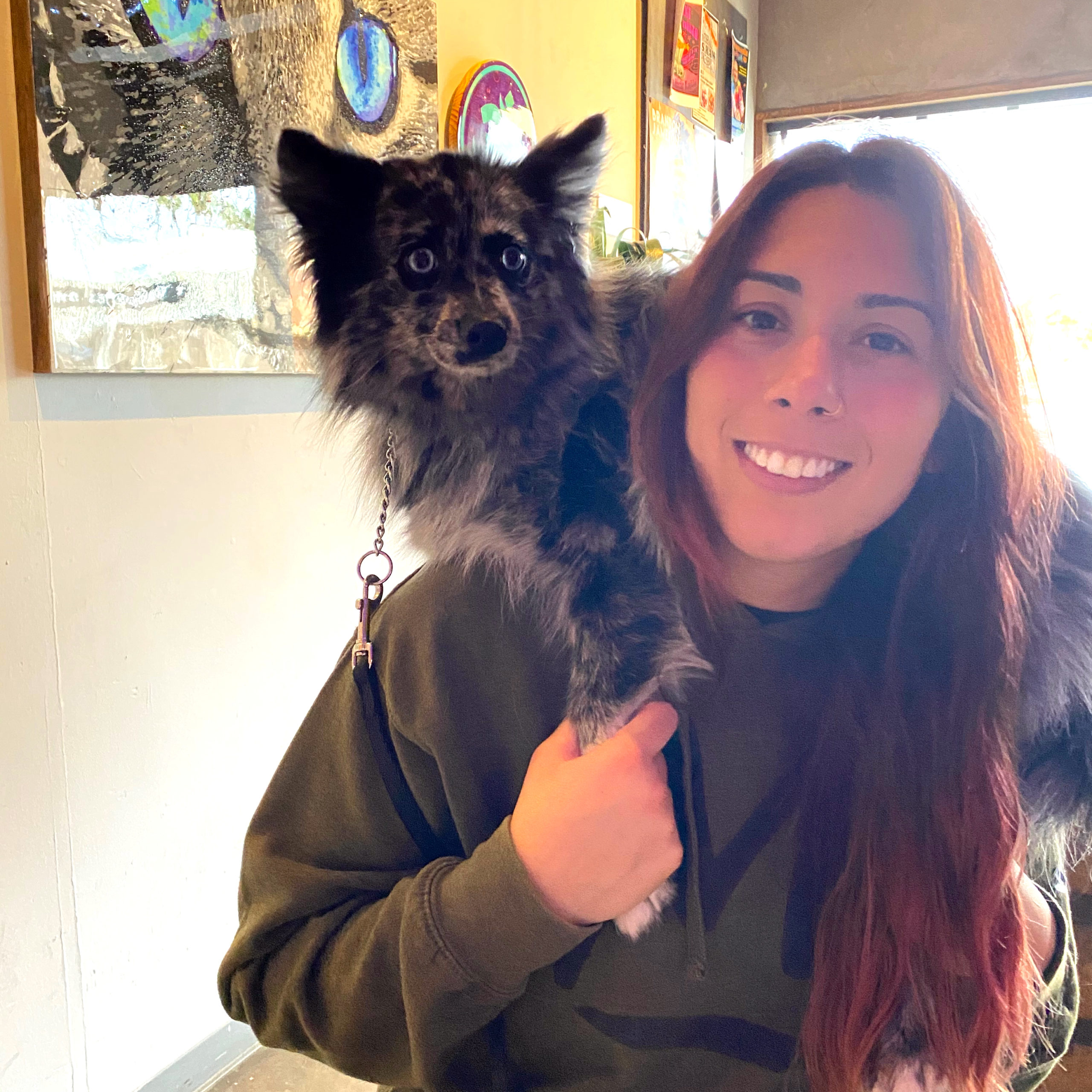 Felicia is a U.S. Navy Veteran, founder and lead trainer at Shades Of Blu Dog Training, Woof Gang Rehab & Rescue, and Served And Saved Service Dogs. She has worked with and volunteered training shelter dogs for 13 years, and has been training clients professionally for 6 years.

After Felicia got out of the U.S. Navy in 2016, she enrolled at USD as a pre-veterinary student. She quickly realized that she was suffering from a variety of medical issues that were affecting her capabilities in school. She acquired and began training her first personal dog, Indigo, as her Service Dog.  At the time Felicia was a purely positive reinforcement trainer, and Indigo’s temperament was far more than she had the expertise to deal with. She enlisted the help of a balanced trainer and sent Indigo to a Board And Train program for 4 weeks to get his basic obedience squared away.  After his return home, she realized that the Balanced Training technique was far more effective, safer, and more psychologically and scientifically relevant than Purely Positive Training. Friends began asking her for help with their dogs, she started getting a ton of requests on social media for help, and so Shades Of Blu Dog Training was born.

After seeing the inspirational Sara Carson and The Super Collies perform on America’s Got Talent, Felicia decided to complete an internship with Sara to learn more about performance dogs. During this internship Felicia learned more about ecollar conditioning, trick training, agility, protection training, canine fitness, and more, from celebrity dog trainers, Sara Carson (@thesupercollies), John Devine (@DevineK9s), and Andy Lopez (@andylopezdogtraining).  Their extensive expertise has made an enormous impact on the knowledge, skills and the dog trainer that Felicia has become.

After this internship with her dog training idols, Felicia confirmed that her passion truly was in dog training, and she quickly ditched her pre-veterinary status, and completed her Bachelors Degree in Psychology and Animal Behavior.  She then went on to get her second degree from Animal Behavior College as a Certified Dog Trainer.

Shortly after Shades Of Blu Dog Training became a legal business entity, Felicia encountered a dog named Comet through an acquaintance.  This dog had bit about 12 people and the owner was being sued! Felicia desperately wanted to try to help Comet, but the owner refused and decided to put him down instead of trying to train him. After meeting this dog on multiple occasions Felicia knew in her heart that he could have easily been helped and made into a safe and wonderful companion with the proper structure, rules, training, and confidence building.

And so Woof Gang Rehab & Rescue was born.  Because she couldn’t help Comet, she decided to make it her mission to help dogs like him, and has learned a lot along the way.
Felicia now specializes in fear aggression and confidence building cases and has had great success in rehabilitating even the toughest of canines.  She also specializes in pet dog training, service dog training, therapy dog training, trick training, agility, canine nutrition/fitness, and other dog sports.
Felicia continues to expand her knowledge of dog training through various avenues.  More recently she decided to move Shades Of Blu from California to Virginia. She worked with a training company in the area for a few months before starting up again to learn more about protection work. She is currently working towards learning more about competition dock diving, competition protection sports, herding, and more.